Pine-Grove Financial is an official title sponsor of the 4th Annual Montreal Expos Fest Celebrity Gala. It will take place on March 22nd 2020 at the Embassy Plaza.

Expos Fest is a non-profit organization dedicated to finding a cure for Diffuse intrinsic pontine gliomas (DIPG) and other pediatric brain tumors. DIPG are highly aggressive and difficult to treat brain tumors that are found at the base of the brain. This terminal disease strikes children between the ages of 5-9 and is fatal within 9 months. DIPG has a 5-year survival rate of <1%. The median overall survival of children diagnosed with DIPG is approximately 9 months. The 1- and 2-year survival rates are approximately 30% and less than 10%, respectively. Moreover, these statistics make DIPG one of the most devastating pediatric cancers. As a result, small innocent lives are taken in the blink of an eye.

Perry Giannias formed the annual event four years ago in loving memory of his niece Catherine Demes. Unfortunately, Catherine passed away from DIPG at the age of 5 in 2015. The proceeds from the annual gala go to the KAT D DIPG Foundation at the Montreal Children’s Hospital. Since the beginning of this fundraising journey, close to $600,000 has been donated towards brain cancer research and finding a cure.

The notable evening will include a free signing session with former Montreal Expos,  a four course meal and  entertainment. Each dollar raised will support the fight against DIPG! For tickets and more information regarding the gala, visit Expos Fest Official Website

Sign up today and recieve free email updates from Pine-Grove Financial. Stay informed all off the latest happenings and alternative insights. 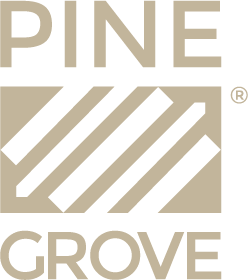